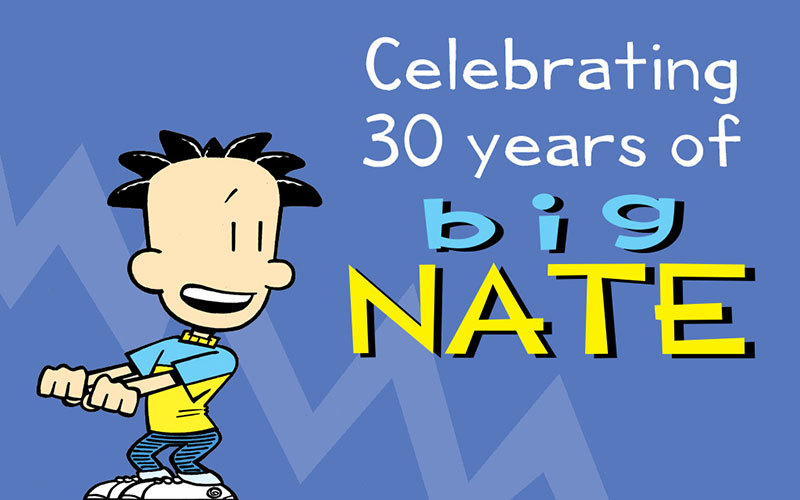 January 7 marked the 30th anniversary of the debut of Lincoln Peirce’s beloved Big Nate, self-described genius and sixth grade Renaissance Man, in newspaper comics pages worldwide. Appearing in more than 300 newspapers, online on GoComics, and in more than 14 million copies of New York Times bestselling collections (including comic collections, hardcover chapter books, activity books, boxed sets, and board books), Big Nate continues to captivate, (and to some adults, infuriate), through his antics and adventures in and out of the classroom with friends and family members.

“Big Nate is a hero of tens of millions of middle-grade children around the world,” said Andy Sareyan, CEO of Andrews McMeel Universal, syndicator of the Big Nate strip and publisher of the Big Nate comic collections. “The only thing they might enjoy more than reading Big Nate would be joining him, Francis, Teddy, Jenny and other students in the fictional P.S. 38 classroom. Andrews McMeel Universal is delighted to celebrate this milestone with Lincoln and his creation.”

Noted by School Library Journal as “good, clean fun with a subversive side that makes it genuinely appealing to kids,” Big Nate draws young readers and engages them in a way that thrills parents and teachers alike. Fans delight in following his exploits and look forward to many more escapades in the decades to come.