We are thrilled to welcome a new feature to GoComics: Jerry King Comics!

Jerry King is an award-winning and nationally syndicated cartoonist. His single-panel comic strips will update daily on GoComics.

We caught up with King to celebrate his launch on GoComics. He chats about how he got his start in cartooning and how his work has evolved in his thirty-plus-year career. 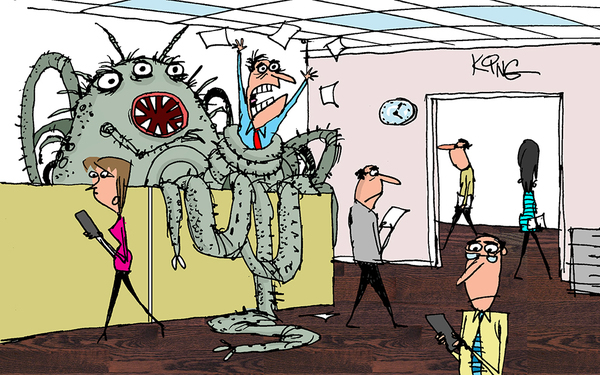 What was your first cartooning gig and where did it go from there?

When I was in high school, I got a job illustrating children's books. So my cartooning actually started professionally in high school. I just always drew. I’ve always liked doing the one-panels. I enjoy doing strips too, but there’s something about single-panels that I really enjoy. Once I got out of high school, I joined the U.S. Army. I spent time cartooning in the Army, doing more and more one-panels, and I just got better and better at it.

How did your Army experience come into play in your cartooning career?

When I got off duty, I would go back to my room and draw. Everybody knew me as the cartoonist — even the higher-ups loved my cartoons. I also spent a lot of time boxing. So I really did three things: I was a medic, I spent every chance I could drawing, and the rest of the time I spent boxing.

When I got out [of the Army], the Locher Awards recognized me as the number-one college editorial cartoonist in the country and I was also named No. 2 Army Cartoonist in the world while serving in the military. After college, I won a National Cartoonists Society Gag Award. I had a 22-year reign cartooning for Playboy, and I loved it. But in the meantime, I worked for Disney and all kinds of magazines, and I'm still a very active political cartoonist. I do editorial cartoons that a lot of people can relate to, like about potholes and things like that. 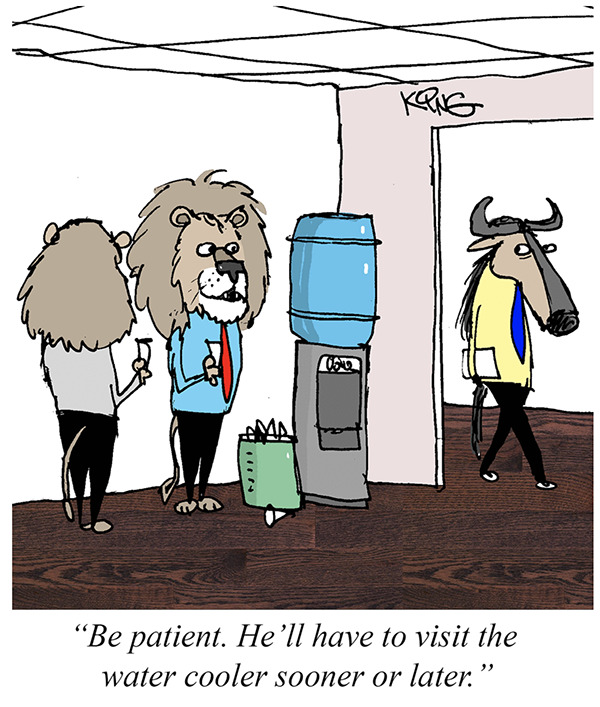 What's your routine for coming up with a cartoon idea?

My wife makes fun of me because everything's a cartoon to me. For example, one time I was watching something about the Constitution, and one of the Supreme Court justices said (and I might be paraphrasing): “One man's vulgarity is another man's lyric.” And I thought that'd be a great cartoon idea for a kid trying to get out of trouble because he cussed at home. You know, he's trying to quote the Supreme Court justice. So, I came home and drew it up.

Who are the readers that you hope most connect with your GoComics panels?

I really do think that my cartoons appeal to everybody. I have experience in doing several dailies, and they cover everything from technology, real estate, relationships, pets, business, and more. I do it all.

Are there any cartoons or comic strips that you look to for inspiration?

I love The New Yorker cartoons. I am a big fan of Robert Weber's, who has passed. But, I look at his cartoons and think: “Wow, I need to step up my game.” His work really inspires me.